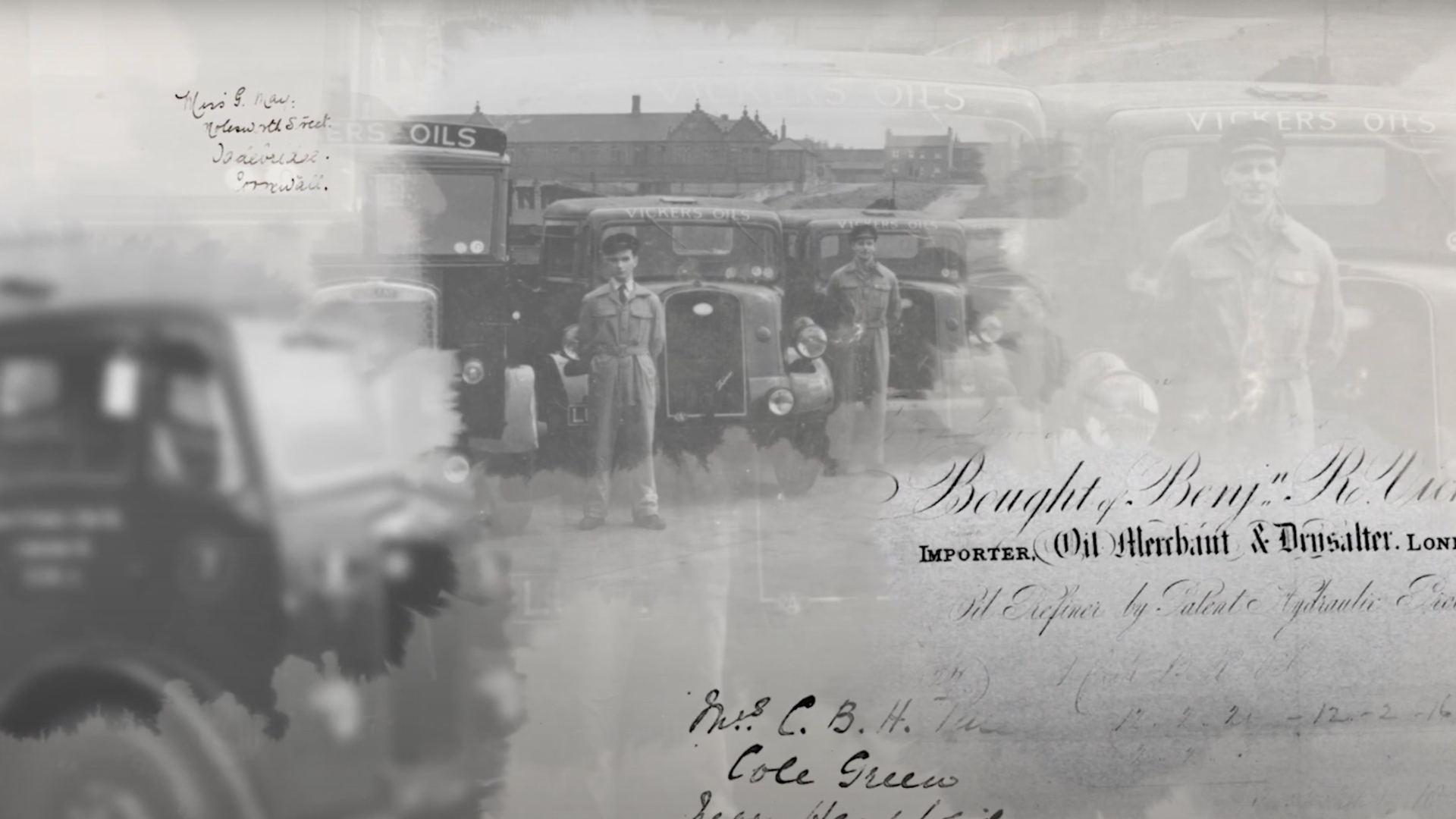 In 1808, Mary Randall Vickers was left a widow with eight children to raise. She continued the family business or making pattens – wood and metal contraptions to put over ladies’ shoes to raise them above filthy streets.

Mary was soon persuaded to go into partnership with a maker of machines for the patten trade. They invested in a steam engine – a bold entrepreneurial move. However, Mary’s Methodist values of honesty, loyalty and kindness were not reciprocated and it was only when her son Benjamin Randall Vickers came to work with her that her fortunes changed.

“Mary Vickers & Son” was one of very few formal businesses headed by a woman.

Vickers Oils was established and started trading as a private, independent company.

Benjamin Randall Vickers, founder of Vickers Oils, started trading in Leeds in 1828 as an agent for oils and soaps, selling to local customers including the many woollen and worsted yarn processors in the region.

In the late 1850’s that oil manufacturing and refining began, supplying both textile and leather manufacturers. His son, Benjamin Threlfall, joined the business, followed by his younger son, and the two generations worked together until the founder retired in the 1870s.

Although olive oil had been the standard product to dress wool fibres during yarn production, its tendency to spontaneously combust during hot weather was a distinct disadvantage. Using their growing understanding of the textile industry’s needs, and documenting their experimentation, Benjamin Randall Vickers with his two sons developed a safer oil. In due course, insurance companies demanded the use of oils passing a combustibility test which Vickers Oils had developed – an early example of Vickers helping to solve problems and set standards which benefit customers.

‘Heavy Wool Oil’ was a brand in production for decades.

Invented an oil for marine industry.

A sea voyage to America in 1882 to sell this wool grease led Benjamin Threlfall to an insight about improving the lubrication of ships’ propellers: Vickers invented an oil that would work even in contact with sea water.

The development of New Engine Oil (NEO) was the forerunner of today’s world leading HYDROX BIO grades. This niche market has been retained an expanded.

In the early twentieth century, William Farrar, a third generation Vickers, entered the business. Assimilating his father’s copious technical notes, he eventually created a Technical Service Department, backed with laboratory expertise and including university research. The widely adopted ‘emulsion oiling’ of wool was a significant output.

Farrar’s sons, John and David came into the business in the mid-20th century and build up international trade. From the 1960s, worldwide expansion in manufacturing man-made fibres gave Vickers opportunities to formulate oils for these new processes.

Peter, a fifth generation Vickers, resolved both to continue the firm’s traditions and make his own mark. In 2002, after nine years of experimentation, the world’s first biodegradable sterntube lubricants were marketed. After serving the marine and textile industries with mineral based lubricants for more than one hundred years, Vickers Oils diversified by entering the food grade industry as a supplier and manufacturer of high-performance Food Grade Lubricants.

Vickers Oils opened the state-of-the-art R&D laboratory which is 3.5 times larger than the previous laboratory. Regional stock points
in over 40 locations

Ability and infrastructure to respond quickly to urgent requirements

30% of our workforce are employed in the technical team, focusing on Quality Control, R&D, OEM liaison and Technical Service allowing us to provide one-on-one dedicated customer support by our team of highly qualified experts.